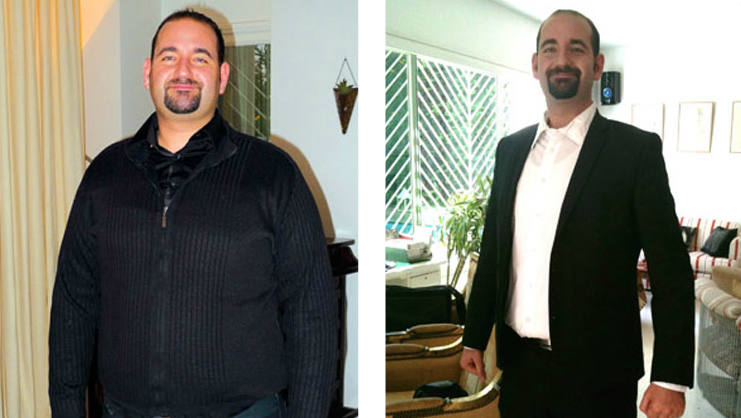 The last attempt before accepting my fate …

I’m going to speak to you today, about a young man, a thirty-year-old brilliant businessman, incredible personality, full of humour and bouncy, a bon vivant active and full of energy, but who wanted to lose weight, simply because he no longer wanted the useless weight that prevented him from moving freely, to wear the costumes he needed in his duties, that he wanted to be beautiful and elegant, he wanted to be him and not another … after trying for 15 years all kinds of diets, which had not succeeded for him, he arrived at my home saying that this would be his last attempt, but if it did not work, he was ready to accept once and for all his fate. I was not in the least surprised, since most overweight or obese people who came to me, had already tried all kinds of diets, and sometimes even surgery obese, gastric band or bypass … All , wanted to give themselves one last chance, but all deep down believed it, and wanted to find the best program to lose weight, before giving up.

This is what he wrote to thank me for giving him his last chance:

« A new life …. a lifetime to try. Lose weight, get fat, get fatter, lose weight, then have enough, juggle, try, redeem for the hundredth time a shirt, a suit, make alterations, swing everything …. in short, but especially fed up with being twice my age, to be exhausted, heavy, breathless, swollen, unable to breathe properly, to run, to play sports, unable to live like a guy of my age, unable to realise myself in my physical entity, and liberated from this shell of fat, from this uncomfortable armour, which protects me from nothing …. which encumbers me, and clutters my life, stifles my ambitions, weighs down my universe, hinders my way of life, and keeps me chained to a thick and slow universe that looks nothing like me. Finally, someone speaks to me, and I find myself at the Soukra, in front of the door of the centre of Sophie Reverdi, of which all Tunis speaks, this French lady installed for six years in Tunisia, who makes miracles …. but for me? I thought it would be a miracle, but I have to give it a try, one last time before giving up forever. She speaks to me for two hours, I listen, I visualise what she says to me, I understand, my head tilts every 5 minutes with realisation … She is right, I understand what she does, it is intelligent, what it offers is a tool of life, powerful, practical, easy to set up in the long term, for all life, she understood everything !!!! To lose weight the morbidly obese, the recidivists, those who can not do it anymore, that’s what she’s performing, because she also came back from there, from afar, so she knows deeply and intrinsically what’s going on in the the head of someone who does not know how to lose that spectacular volume that he carries on his shoulders, like all the weight of the world … I opt, I adhere, I would do what she says, because I feel that what she built is the only possible sketch of my victory … 7 months later, without having suffered a single second, again on the terrace of Sophie, sipping a lemon light citronnade, I announced that I have lost 30 kilos, and I see again …. I am more beautiful than ever, more confident, more fulfilled, and I know that never again will I fall back into the nightmares of my last years. This program is worth a thousand times the blow, this little woman passionate and passionate about her job, undeniably holds the universal antidote for this new morbid plague that is obesity, and which hovers over our planet, of which it is so difficult to get rid of, if you do not know the secrets. Thank you Sophie for your priceless gifts that could save the us all

I must say that I am very moved reading this testimony, particularly well written, and very touching. This young man who has done extremely well, has remained a great friend, but most of my clients have stayed very close friends, and that’s why I love this job so much, but I’m very moved, so I’ll tell you tomorrow … not only a very great friend, but he never stops talking about my program to everyone, and dreams of opening a Smart and Light gym. He lost in two years 50 kilos, and he has offered us many video testimonials visible on my site.

If you want to know more about men’s obesity: