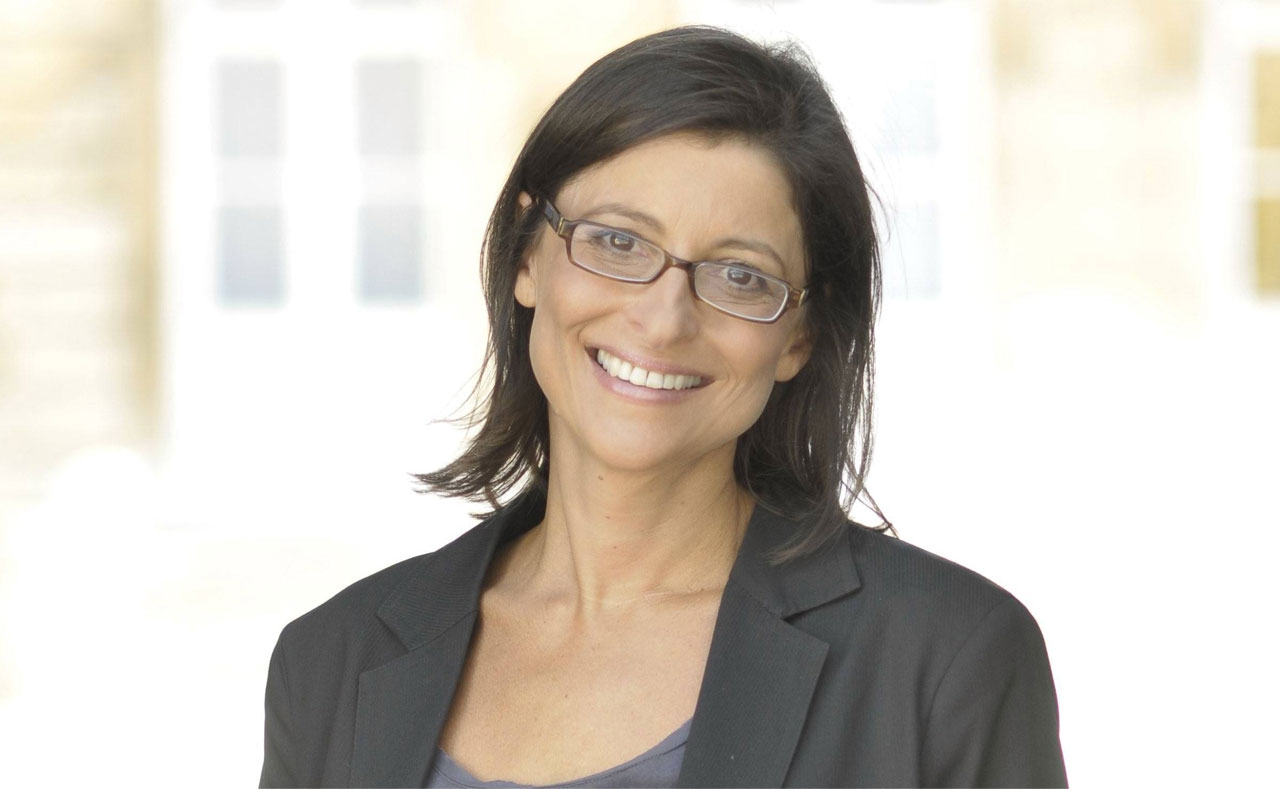 Journalist and writer, Michele Fitoussi is an editorialist of “Elle” magazine. Born in Tunis, she now lives in Paris, where she uses all possible means of expression, and her gifted pen, to convey her ideas and her vision of women.
A graduate in Political Science, she has always dreamt of becoming a journalist and a writer. Two of her novels are being turned into movies, and she also adapts novels for theatrical production.
www.michelefitoussi.com

“I met Sophie Reverdi by coincidence in Tunisia in October of 2007. But is there really such a thing as coincidence in life? Personally, I do not believe in it. I really don’t think that people come close to each other due to mere chance. Before even speaking to each other, we know, we sense that there exists a hidden connection which time will reveal. With her big blue eyes, brighter than the doors of the houses of SidiBouSaïd where she had settled down with her two boys, her flamboyant blondness, her lily-white face, and her sensual lips, Sophie really stands out.

So much the better; she is a journalist and she wants an interview. I came to attend a conference, a meeting between French and Tunisian women, prominent and active women.

We set an appointment for the following day. She lives in a pretty home that overlooks the village and the sea. We had mint tea and honey pastries according to the tradition of this beautiful country. Once satiated, I, the interviewee, started asking questions. Sophie told me about her career, her coming to Tunisia, her struggle as a former obese person. I could not believe my eyes: this beautiful girl was obese? “Yes”, Sophie replied with pride.

“And I lost weight.”

She handed me the Logbook before I left and I read it that night. Reading this small book, I learnt more about the torments of being obese than I could find in any other book. How it begins since early childhood, the raids on the fridge, the obsession of the mouth full of food, the taut belly ready to burst, the food gulped endlessly without hunger, self-destructively, the mind focused on a single thought, dedicated to a single task.

to swallow, to sustain, to guzzle, to gobble, to gormandize, to have the desire to die once everything is over. To digest this despair and start the hunt again, chasing food like a wild beast, no matter whether it is soft, or solid, sweet, or savory.

A lot of food, a surplus, enormous quantities! Enormous is what she is, this girl who does not live like the others of her age. We laugh, dance, run, and love at the age of 16 or 17.
However, she eats.
She is ashamed.
She hides.
She persists.
She does not realize that there is something wrong with her.

People despise her. As if it was enough to have a will in order to have a way. As if this deformity of the body must not be tolerated in a society made for the thin, and even the very thin (another version of this strange suffering…). Get out, obese people! Get a move on! Eat as much as you want. Deform your bodies as you wish. But do not show yourselves. Hide this fat so that we don’t see it. You are obscene with this excess of flesh, this skin that trickles down, these folds and these jowls, and this cumbersome walk. You look like elephants.

Get out of our sight!

Reading this sincere testimonial, these raw and true words without self-indulgence, will tear your soul up.
I cried several times that night.

And then one day Sophie said “Stop! I want to live.” She got rid of her obesity.

And because she has a good soul, she decided to help those who have neither her strength nor her courage.

She invented this SMART AND LIGHT method.

Gone are the terrible memories. Never will they come back. One must read these testimonials and believe them. Sophie knows what the gaze of others means. She also knows the precious price of regained freedom.

She is an angel.

(And there, in paradise, everyone goes on a diet… yet it is so joyful that it has almost become a sin…”