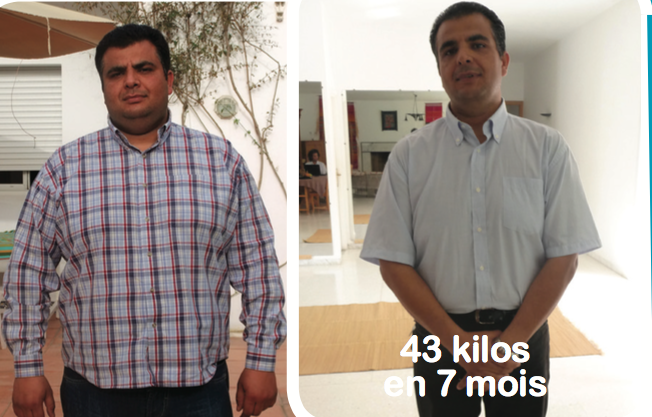 Lose weight to live: my doctor told me to kiss my children very well every night, because of my sleep apnea ….

Today I’m going to talk about a wonderful story, that of a Dad who wanted to live for his children.

This is a gentleman in his thirties, and is a young dad. He is a hotelier and has to work far from his family. He is confronted with food every day, and feels lonely, so he eats. A former athlete, he no longer has the time to play sports, and he grows, he grows to such a point that he cannot move properly, and breathes with difficulty. He decides to see a Cardiologist, especially because his wife, tells him that he is breathing badly at night. He has very heavy sleep apnea due to his overweight. The cardiologist tells him something that will hit him hard. He tells him, if you do not lose weight, you risk dying. With 50 apneas per night, I advise you to kiss your children well in the evening before falling asleep. He is terrified. He learns on the internet, because he wants to know how to lose weight quickly, on the various options available to him, and finds the site of Smart and Light, which many describe as a “saviour of lives”.

7 months later, and with only two coaching sessions, live, because the follow-up sessions, we had to do on Skype, and this young man loses 43 kilos. He followed all my best tips to lose weight, organised himself in the hotel, to start cooking light recipes, to start playing sports again, he understood that he was the only one to be able to save himself, and that the fate of his family depended on him. One year after losing weight, 50 kilos, he came to see me and introduce his wife. When I opened the door, she began to cry and thanked me for saving her husband’s life. It touched me so much that I asked them if they would both agree to appear in a testimonial video. They did not hesitate for a second, and this video is on the Smart and Light we site.

Since then, this young man has not stopped sending his testimony to the greatest number of people he can, he tells on Facebook, on forums, his friends, his customers, he comes to my conferences to tell his story, he never misses any, even if it is an 8 hours drive. It does not bother him, for him, it’s normal, because he believes to be carrying my message and the motivation to lose weight, which saved his life. He is one of my best ambassadors, and a very dear friend.

To learn more about sleep apnea: