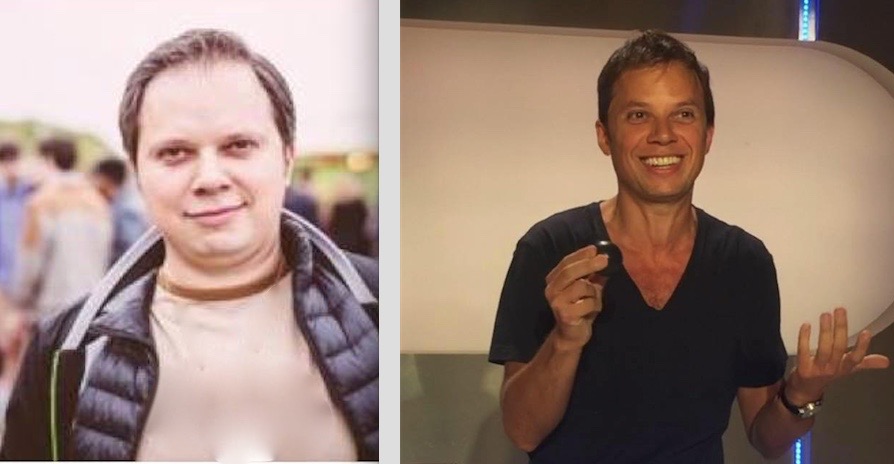 “I met Sophie Reverdi one day filming her in her centre in Paris with the rest of the film crew. It was a very nice shoot, which lasted for several weeks, because we filmed two of Sophie’s clients who had started the program together, and who had access to the different coaching that Sophie and her very Parisian team propose to their clients. Namely behavioural coaching with Sophie, cooking coaching with Benjamin le Moal, a former pupil of Ferrandi and organiser of private events in the capital of gastronomy, image coaching with Flavien Milon, the Parisian king of makeover and glam-rock with a French touch , and sports coaching with the fabulous and no less glamorous Mohamed Khatiri, former French Karate champion. In short, an extremely lively team, colourful, dynamic, in an incredibly nice atmosphere, which obviously put everyone at ease, starting with the two candidates, Pauline and Fatma, who had to take up the challenge of losing at least ten kilos each in two months.

They ended up losing eleven kilos each while having fun. Filming, as in life, there are always moments of tension and relaxation but mostly funny of course, since “The show must go on”, and we all kept very good memories of this experience with lots of laughter.

I had some weight problems of my own, due to my work life that can be a little disjointed and lived at a frantic pace,also situations that are often improvised in my profession as a cameraman for TV. Eat when you can, anything, usually sandwiches because we do not have time to ask for better, and then at the end of shooting, at late hours, eat with our friends, all of this with a little liquid refreshment to celebrate the end of a busy day and a successful shoot.

In short, I was 35, about 35 kilos too heavy and, not being very tall, it had become a problem, as my job can be pretty physical.

So, since we had a good relationship with Sophie, and the atmosphere of her team and her program seemed really cool, I called her a few months later to ask for her help.

I started the program by making an real effort to try to reorganise my way of eating at home, then I managed to impose the same rhythm on my shoots, sometimes preparing my meals in advance, and I literally took off. I started to play sports, a lot of indoor sports, pool and bike.

In just 3 months, I had lost everything and I suggested to Sophie to have a coffee in the spring, she did not recognise me. I was literally another man …

Since then, I have maintained my health weight quite naturally, I have radically changed my habits, and I am living much better.

I can, very objectively, recommend this fabulous program to everyone.”